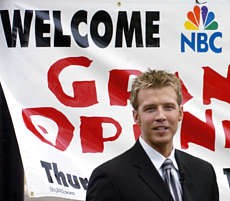 Jason Spencer is shown at the grand opening of his store in February. Chris Howell | Herald-Times

In spite of the challenges he has faced, Jason Spencer still maintains an easy laugh and a positive attitude.

As an eBay entrepreneur, Spencer opened Sold It On eBay in February with Mayor Mark Kruzan and with a film crew from MSNBC.

Spencer has learned a lot in the past few months – things he said he didn’t learn in business school.

“It really is a very interesting story,” Spencer said.

“I hired people who didn’t know anything about computers or eBay,” Spencer said.

That was mistake number one.

Spencer said he just assumed that people he hired would follow his “can do” attitude and learn whatever skills they lacked.

“Some people just can’t learn no matter how motivated they are,” Spencer said.

That was mistake number two.

Instead of realizing his dream, Spencer said the office ran more like an episode of soap opera or reality show than the business he was hoping to create.

“I just run a little eBay store,” Spencer said. “It shouldn’t be ‘Days of Our Lives’ every day.”

If anything, Spencer emerges a wiser man. He said he has learned that he needs to be more selective about who he trusts.

“My business has almost failed,” Spencer said. “I’m about ready to close it, and I’ve never quit anything in my life.”

But Spencer is giving the business one more shot. He still employs a number of people whom he watches more closely.

Spencer says previous employees stole money and destroyed information in an effort to sabotage his business.

Spencer said a lot of customers were very upset with him. He also said that some paperwork was destroyed, making it impossible for him to mail checks to some customers.

“We have checks for them,” Spencer said. “We just don’t know where they live to mail them.”

Spencer said he hopes customers will call him to claim their money as he tries to rebuild the business.

“Eventually, I’ll get things back in place,” Spencer said.

Working a full-time job while trying to run his eBay store has been difficult, but Spencer is determined.

“I just got to go out there and work even harder to get back,” he said.

Inviting CBD to Your Summer 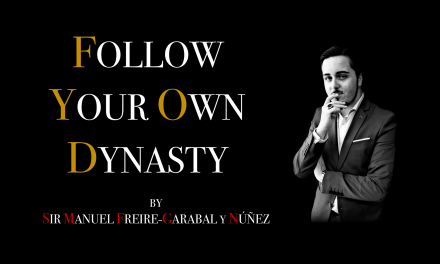 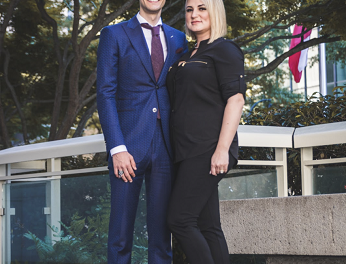