Having lured them with free stickers, unsuspecting users end up getting misinformed on the Line App.

This best describes the mode of operations of “Knowledge Treasury” (loosely translated), an account on Line, which is notorious for distributing up to five stories daily. Line is one of the top South Asian messaging apps, headquartered in Japan.

“Knowledge Treasury” has witnessed a prominent rise in its subscriber’s strength, with several new followers subscribing to the channel with the hope of getting free stickers – a famous method of communication on the platform. Surprisingly, the new followers didn’t get what they were promised – and it was the same for every Line channel. The empty promises were only to capture the attention of these users, while they peddle misinformation among the growing audience.

According to the Thai News Agency’s fact-finding project – the Sure and Share Center, these channels wait until they have thousands of followers, after which they modify the channel information to reflect a health channel. After such change, they start to send unsolicited and targeted misinformation to the subscribers. In the words of Peerapon Anustarasoat, the team leads for the project, “People don’t care about it because people want a free sticker; they didn’t lose any money to do that.”

Knowledge Treasury was notorious for sharing several nefarious news, such as claims that diseases can be cured by taking honey, and kale juice can relieve bone pains. Although the channel has been contacted via the Line app, it hasn’t returned any message in this regard.

With about 170 million monthly active users in its four primary markets, Line is one of the top messaging apps across Taiwan, Indonesia, and Thailand. Line offers several exciting features – you can get different sections for music streaming, mobile payments, news, and you can even order taxis. The bulk of the app’s income comes from adverts and sticker sales. However, being a peer-to-peer messaging platform, Line is not entirely immune to exploitations by scammers, hoaxers, and fake news distributors.

Discussing the accounts involved in the misinformation, Anustarasoat said, “It’s a kind of complex thing as a mixture of misinformation, phishing, scamming, bad advertising and monetization.” “What people are sharing the most is about health.”

According to Anustarasoat, the targeted audience are the older demographic – since they will probably find it difficult to differentiate between a hoax and credible information on the messaging app.

“Old people are solely on Line because they do not use Facebook much,” he said. “And those people, they are in the stage where their friends are deceased (and they’re) facing health problems, so I think it also drives the content network to target them and sell something like health products.”

In addition to Knowledge Treasury, other accounts peddle misinformation. For example, “GINZEN take care of health” and “GINZEN Omni-knowledge about health” (loosely translated). With these claims, the account has grown so much (about 850,000 combined subscribers) that they roll out adverts of false health brands. They both included the line – “Ginzen” — an herbal supplement that promises to solve “chi and yin deficiency” — in their account names. As of publication, none of the two accounts have replied all messages sent to them concerning these claims.

While it remains mostly uncertain whether the company itself is in charge of these two accounts, or they are just contracted to roll out adverts on their products, their actions represent the unfortunate situation of monetizing health misinformation via the Line app. Although some of these channels publish correct tips on simple health issues like blood pressure, they are packed with spamming ads for such items as detoxifying headrests and the likes, with the channels making enough money from them.

Anustarasoat revealed that they had continuously debunked most of these sites, and their claims of selling fake health products. It is even difficult to trace all payments made to such websites because they use the cash-on-delivery service. One of such websites once misinformed users that they could have a fever when they are stressed, and once the unsuspecting users believed such claims, they sell them drugs that would remove these parasites from their body.

The Japanese populace has continued to face the problem of health information, especially with its increasing prominence on news aggregation sites. However, its spread to messaging apps, especially Line, is relatively recent.
YoiTateiwa, the vice president of FactCheck Initiative Japan, said, “Line has been becoming the major app for newsgathering especially for the younger generation, although I have not heard any claim that systematic misinformation has been sent to Line.”

There is a segment on Line dedicated to news, although the inbuilt encryption (as seen in WhatsApp) makes it impossible to search through it like Twitter or Facebook. Likewise, fact-checkers struggle to pull massive crowds, compared to these misinformation peddling channels. For example, only 4,500 subscribers follow Sure and Share on Line. Thus, it is difficult for these agencies to fight misinformation effectively – there is simply no awareness.
There are indications that Line is working towards minimizing the reach of information by letting users report hoax accounts once they discover one. Hoax accounts are usually free sticker channels that changed its details after a while. Likewise, by collaborating with the Thai Food and Drug Administration, Line now discovers and get rid of illegal contents, in line with the local legislation and laws.

An official statement from Line reads:

To intensify their efforts, the app is also reportedly considering entering into a partnership with fact-checkers, with the aim of making them more prominent and visible to users on the app. For instance, an additional section on the Line Today news aggregator that publicizes fact checks from Sure and Share.

If this proposed new feature materializes, it will help users access verified information easily. However, this must come with significant modification to the app’s structures and modes of operation. Otherwise, making fact checks appear more in the news will not cause a substantial reduction in the amount of misinformation Line users are exposed to.

Stopping misinformation requires multifaceted approaches. While contents creation and distribution is one of the reactive methods, excellent monitoring should be put in place, alongside other proactive platform-level innovation and technology that will assist the people as well as the fact-checking agencies to curb misinformation. 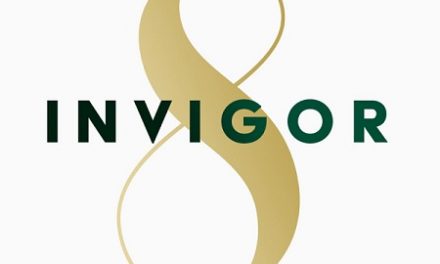 The Shift: How Small Businesses are Overcoming High Digital Marketing Prices to Survive