Who Are the Sports Superstars on Social Media?

The internet is highly demanding and unforgiving. You can be the best athlete on the field, but that does not mean you are going to be popular and respected on social media platforms. Internet-based sports fans do not forget and take many more variables into account when choosing their idols and forming opinions about sports personalities.

However, judging by the infographic below provided by BettingSites, we can see that the two absolute celebrities on social media platforms are also the best players on the football field – Cristiano Ronaldo and Lionel Messi.

Nonetheless, even though Messi was able to beat Cristiano Ronaldo in numerous football stats, Ronaldo is the absolute king of the social media ROI (return on investment). You may disagree, but the numbers don’t lie.

Ronaldo has achieved an 800% larger ROI thanks to his successful social media profiles. The return from Nike for Ronaldo in 2016 was around $500 million. In the same year, Lionel Messi managed to secure “only” $830,000.

If we take a look at the data presented by the infographic, we can see that Cristiano Ronaldo rules the three biggest social media platforms when it comes to the number of followers. On Twitter, he has 72.9 million followers, followed by LeBron James and Neymar who have 41.6 million and 39.5 million followers.

On Instagram, his profile is currently followed by 125 million fans. This made him the only male athlete ever to have a base of followers larger than 100 million on Instagram. On this platform, he is succeeded by Neymar and Messi who have around 90 million followers each.

Again, Cristiano Ronaldo’s fame is unprecedented on Facebook as well, with a whopping fan base of 122.4 million. Messi and Neymar are far behind with 89.5 million and 60.6 million, and obviously, need to put a lot more effort into their profiles.

The female sports stars have a serious army of fans on social media as well. If you want to find out more about it, scroll through the infographic below. 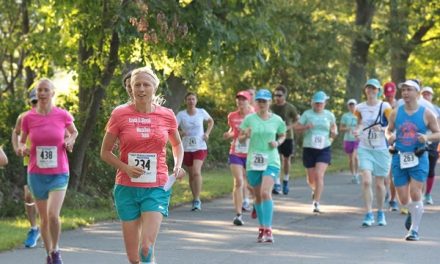 NLU Readies for Debut Event with the Top National Lacrosse Teams in the U.S. Competing for the Summer Championship