Getting the Inside Story with Bestselling Author Ken McGorry

Ghost Hampton, the newest novel from Ken McGorry roared onto the bestseller list, and frankly, that was expected considering the fact that this book is not only loaded with thrills and chills, but also a good dose of humor, so readers get a read that is multidimensional and will have them reaching for his next book. As you may have guessed Ghost Hampton includes a compelling mystery, along with a ghost or two, but what you may not have guessed is that it has some Christmas Carol overtones, making it very timely for the holiday season. Intrigued? We were and sat down with McGorry to find out more about this epic book, as well as what is next for this bestselling author.

Lyle Hall is the protagonist in Ghost Hampton, and he is a pretty intriguing and complicated fellow. What or who was the inspiration for this character?

Ebenezer Scrooge. Had to be modern day, had to be a job that would enrich the character and inconvenience the people he dealt with. So, land-grabbing, greedy real estate lawyer! That way, everyone in Bridgehampton knew him and the less-well-off locals knew him as a land shark. Lyle Hall suddenly trying to save a derelict house was man-bites-dog “news.” Fun for the author: I got to show him being reviled at every step, even when he’s trying to do good.

When you did the final read through for Ghost Hampton, what was your favorite part of the story and why?

Getting to the end, I had to have Lyle’s old partner bust chops. It’s Halloween and Fraser, always his tormentor, describes to (hospitalized) Lyle how he’s become a Halloween character popular with young men at parties. They rent wheelchairs and have their girlfriends dress as Victorian ghosts and push them around as they drink scotch.

Your book takes place in the Hamptons. Have you spent a lot of time there?

Yes, oddly enough. Over college summers way back I worked jobs both menial and cool—delivering Dan’s Papers everywhere in the Hamptons, driving a Westhampton cab, and working my way to “head bellman” (my own room and bathroom!) at the Dune Deck Hotel. Then I played in rock bands at clubs like the Boardy Barn and the Artful Dodger.

Decades later, my wife and I procured a summer place we love in Westhampton. And learned that Westhampton is not considered a bona fide Hampton. (But it’s way easier to get to!)

If you could do anything in the world besides writing and do it anywhere in the world, what would you be doing and where?

Live most of the year somewhere in the Caribbean and record and play shows with my band, The Achievements.

Is there anything you have that you’re working on that you can tell your readers about?

Yes! I recently finished “Ghost Hampton’s” sequel, “Back to Haunt You.” Set in Sag Harbor, it involves heinous crimes both current and quite old—and the 400th anniversary of slavery in the US. Our hero gets entangled.

The third and final installment is now underway. “Dead to the World” describes a sad trip Lyle Hall must take to Malta to personally return the late Fr. Mateo Xerri’s personal effects to the suspicious father. Things go very wrong.

To find out more about Ghost Hampton check out Amazon. 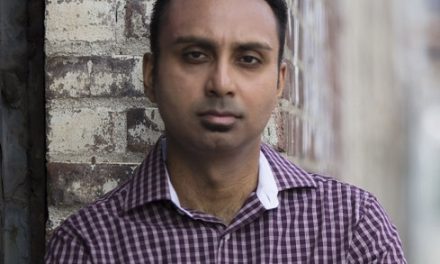 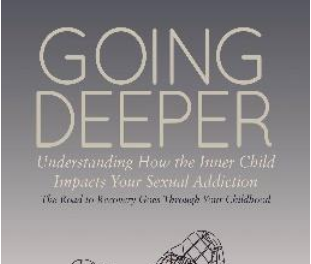 Could the Inner Child be the Key to Solving Sex/Porn Addiction?