Inspiration to pursue entrepreneurship can come in all shapes and sizes, and at any age. For some, it happened at 40 when they realized that the corporate world was corrupt and unhealthy. For others, it happened at 23 when they were unable to land a job, despite earning a degree. For Eva Bergstrom, it happened at 12 when her mother refused to purchase her a pair of shoes because she was “too young to wear them”.

It was in that moment that the epiphany happened for Eva: if she wanted something, it wasn’t going to be handed to her, and she also wasn’t just going to take “no” for an answer. 12-year-old Eva worked diligently on the weekends babysitting in order to save up enough money for the shoes. And that’s where her entrepreneur journey began.

By the time Eva was 17, she was the proud owner and operator of her very own Salon in Sydney, named the Eva Bergstrom Steiner Salon. Business was thriving, Eva was engaged to the man of her dreams, and she felt like she was set… until she wasn’t.

Just days before her wedding, Eva experienced the most tragic of all heartbreaks: her fiancé had passed away unexpectedly, sending Eva into paralyzing grief. The only thing she could think of to move forward is to leave everything she knew behind, including her salon, and remove herself from society until she could figure out how to function again.

It was then that Eva pursued Vipassana meditation, and after 2 years of mastering it, she thought she knew what the rest of her life would bring – becoming a Buddhist nun – yet again. However, after being introduced to a medical herbalist, she found herself seeking insight as to what caused her fiancé to pass so suddenly, which inspired her next venture: Falun Dafa philosophy.

Eva practiced the Falun Gong exercises for a handful of years, then fell in love with the Isha Yoga Centre in India, where she met Sadhguru personally during a leadership retreat. It wasn’t long after that that Eva became a qualified medical herbalist, and that’s when the flood gates of opportunity opened for her again.

When she returned to society, she still missed her love dearly, but she was ready to take on the world again. Eva pursued a job as a freelance makeup artist, and in just 2 years’ time, she was awarded one of the industry’s highest honors and became THE makeup artist for a handful of celebrities, those featured in major television shows and feature films.

One thing led to another, like they always do, and when Eva stumbled upon Nucerity International (which is now merged with Ariix), she no longer had any doubt about what path to pursue. This opportunity allowed her to put all of her passions together in a perfect blend: entrepreneurship, assisting others, and financial freedom.

Eva has since been highlighted as the Best Makeup Artist in Australia, Europe’s Top 10 Hairdressers (ranked #1 in Finland), a 6-figure earner in network marketing, and one of the most successful women in the world in the anti-aging and health industry!

Eva defines success as reaching a point in life where freedom is abundant and having the peace of mind to do what you want, when you want, with whom you want while inspiring others to do the same is the norm. Although thankful for the accomplishments and accolades, Eva is most proud of the ability to maintain her compassionate nature and really make a difference in peoples’ lives. There is truly nothing more rewarding for her than proving that the impossible IS possible.

Eva shared with us the one thing that has continued to keep her progressing, and it’s this: “When you don’t play the victim in your own life, you will then begin to see the power you possess and the potential you have!”. What a profound statement, especially coming from someone who has endured what they’ve had to.

To learn more about Eva’s story or to partner with her, she can be best reached via email at [email protected] or Facebook at https://www.facebook.com/evabergstrom28 . 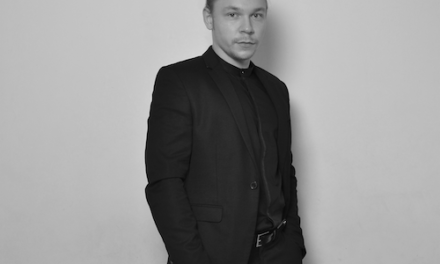 This entrepreneur is shifting between industries like no tomorrow. Now, he is entering banking sector.