Designer Alan Cheung (AKA Alan King) proudly releases the AW19 preview which provides a stunning glimpse into vegan leathers, heavy cotton blends and his specialty cut denim through his AKINGS label. Known for his highly coveted J-shape curved denim, the designer has pushed out a 16 piece denim collection available on his website now along with 8 new jackets.

The New native touts inspiration from the cities architecture and hustle. Clean cuts paired with details that go beyond basic men’s fashion, this designer is definitely on to something.

Alan King’s fashion dream which started at 15 when he started making print tees is today the enigma that is called AKINGS; a fashion label that is creating the looks for the modern ninja through its fine collection of sleek J-cut denims. With this new release, Alan seeks to impose his new modern detailed-oriented ninja restyle of vintage denim with a craftsmanship that makes the brand fall somewhere between ready couture and high-end street-wear.

All of the fabrics in AKINGS products are sourced from the finest Italian and Japanese mills.According to Alan “Each piece crafted for you to feel like royalty.”

About Alan King: Alan Cheung, also known as Alan King is an entrepreneur and fashion designer who was born in New York and known as the founder of AKINGS, a fashion brand dedicated to producing avant-garde cuts to the contemporary market, specifically focused on J-cut denim. Alan began making clothes while in high school creating screen-printed tees, embroidered hats, and a few and sewn pieces one of which included a J shape denim. Shorty after posting a sample of his J-cut denim online, a friend placed the image on Reddit, which quickly caused thousands of people to flood his site, and start ordering. the orders allowed him to expand and open his first retail purchase order. Alan has grown tremendously since and has been featured in top news and fashion sites like ABC News, BuzzFeed, Entrepreneur, Fashion Week Online, Fox News, , Nylon, NBC, British GQ and a number of blogs. The brand has held two successful runway shows, X F.MERCY 2017 and A\W RUNWAY 2016. Alan continues to improve and command respect within the fashion community.

Learn more about Alan and AKINGS by visiting the website https://akingsny.com or Follow on all social media channels @AKINGSNY. 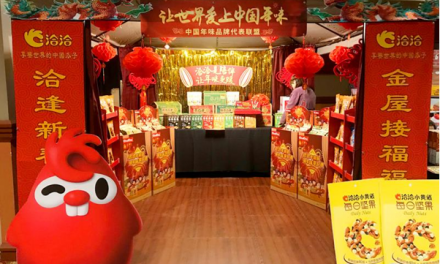 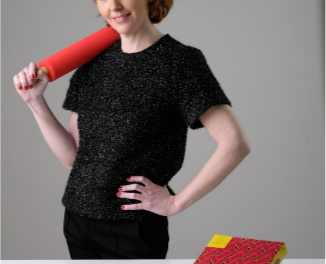 Bonchou – a little jolt of joy.